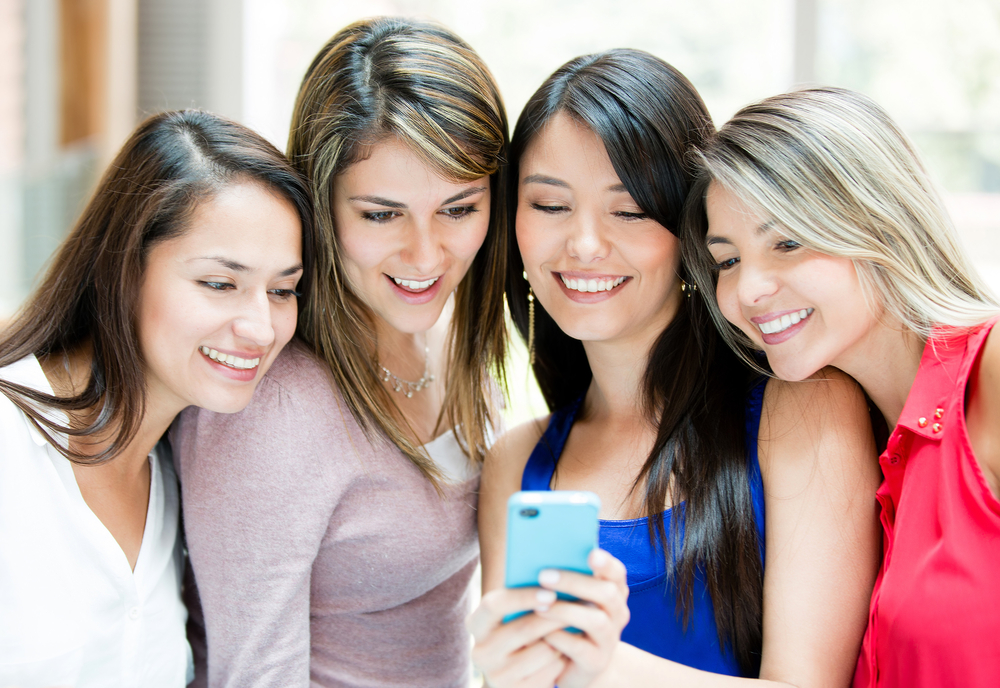 ♦  Has the climate on social media been causing you to break into a sweat?

♦  Are you nauseated as you scroll through your Facebook feed because of all the negativity?

♦ Are you wondering why it’s important to be “salt and light” when you press “post”?

Then this article is for you!

Why it’s important for Christians to be “salt and light” on social media.

I am what’s known as a Generation Xer, born in 1970, sandwiched somewhere between Baby Boomers (my parents) and Millennials (my kids).

My childhood was great! I played all-the-day-long like any other happily-oriented kid who was oblivious to the societal changes that were sweeping the nation.

I wasn’t very socially or politically aware, but by the time I entered college, I was a new Christian who was coming of age spiritually, politically and socially; and the world around me started to look very different.

It was about that time that I first remember being acutely aware that I had not lived (on a conscious level) through the sexual revolution, the free love movement, the civil rights movement, the Vietnam war, Roe-V. Wade and the legalization of abortion, and the rampant drug experimentation of the late 60’s and 70’s.  Whew!

And for this, I was ETERNALLY grateful!  Like, raise my hands-up-to-heaven, hallelujah, thank you, Jesus! grateful.

I was grateful because I recognized the preceding period in America as a time when the country was ideologically at war with itself, and was deeply fractured and split.

Even as a baby Christian, I recognized that much of what had taken place was anti-establishment, anti-God and immoral in nature.  Even the noble and brave civil rights movement inevitably experienced painful and violent outcomes.

America was a scary place.

I often wondered what it was like to be a person of faith in Jesus Christ during such tumultuous times, and I was thankful that I had dodged that bullet as a believer in Christ. 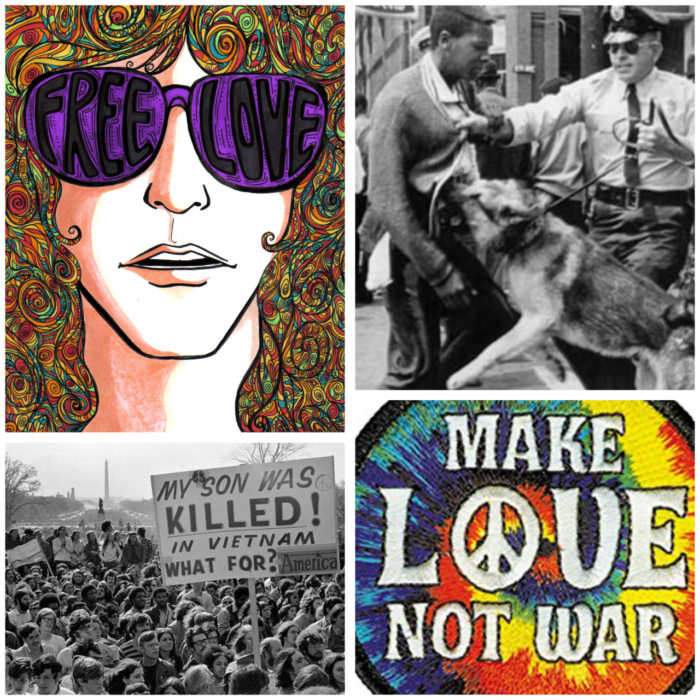 I was hoping that I could make it through my lifetime without any semblance of the cultural hysteria which swept through the previous generation, but apparently, here we go again!

No matter what change sweeps through our nation, God is still on His throne.

I seem to remember it starting sometime during the primary elections of 2016.

This time around it wasn’t going to be politics as usual.  There was a very unconventional candidate running; a non-politician who was at times brash and rude.

It seemed every day in the political world was an adventure, or at least a show.  Maybe it was excellent for ratings, but not necessarily so good for the soul.

We saw a proliferation of video footage in which cops were mistreating black people.  We saw the emergence of Black Lives Matter, a resurgence of the Ku Klux Klan, and the violent suppression of free speech on college campuses.

We heard a presidential nominee make – what some people considered to be – divisive and racist statements about Mexicans.

We saw fighting at rallies. We saw protests and fighting in the streets.  We were becoming a nation undone – divided and splintering at the seams.

It was just the beginning.

People were intensely passionate about their views.  Politics was no longer something you had an opinion on – it was now gaining a cult following.

Politics was the new religion.

People were saying such sharp and divisive things on the internet. 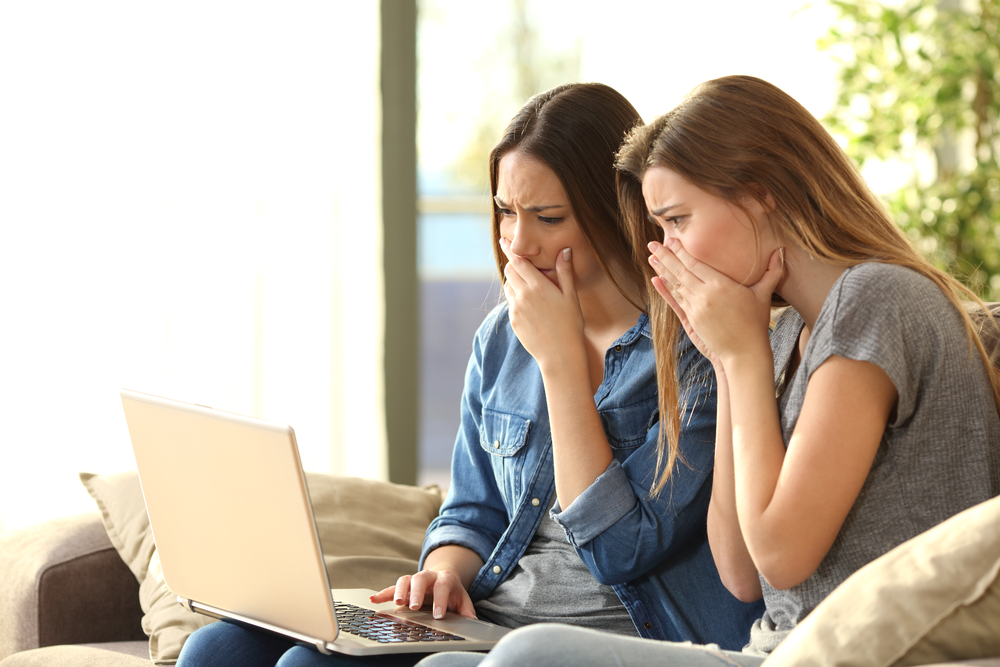 As sad as I thought that was, I could expect that from non-believers – from someone who doesn’t know Christ as their personal Lord and Savior – but these statements were coming from professing Christians.

I didn’t quite know what to make of that.

The worst of it was the day I saw a nude image of Melania Trump circulating around the internet – and it was being “shared” on Facebook by professing Christians.

While that behavior alone is not going to make me question a person’s faith, it does make me wonder if they understand their own level of offense against God, and what great lengths Jesus Christ has gone through to cover their multitudinous sins.

Lord, forgive us for our callousness!

Scripture teaches that love covers the shame of others. Even on social media. 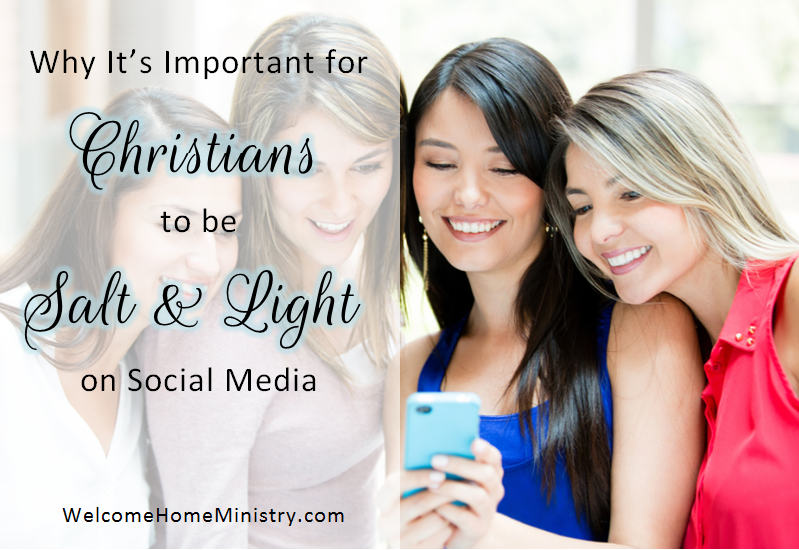 Likewise, it doesn’t matter what my thoughts are about the President.  I won’t take the liberty of disrespecting him; and certainly not in public.

Satan is Jesus’s #1 opponent.  Yet even the Angels in heaven will not slander Satan in the Lord’s presence.  Yet we as Christians take such liberty on social media to express our utter contempt and disdain for our President.

“…whereas angels who are greater in might and power do not bring a reviling judgment against them before the Lord. ”  (2 Peter 2:11)

Pray for Your President

One thing I have learned as a Christian is that it’s terribly hard to speak ill of any person whom I’m praying for – because when I pray, prayer changes my own heart and my disposition towards that person.

Scripture tells us to pray for those in authority:

“I urge, then, first of all, that petitions, prayers, intercession and thanksgiving be made for all people— for kings and all those in authority, that we may live peaceful and quiet lives in all godliness and holiness. This is good, and pleases God our Savior, . . . “  (1 Timothy 2:1-3)

Are you praying for your President? You may want to obey God’s word and begin today.

You may hate to hear this, but Scripture tells us that our President is in office by God’s design:

“Let everyone be subject to the governing authorities, for there is no authority except that which God has established. The authorities that exist have been established by God.”  (Romans 13:1-7)

And because of that, we should give him honor:

“. . . for the authorities are God’s servants, who give their full time to governing. Give to everyone what you owe them: If you owe taxes, pay taxes; if revenue, then revenue; if respect, then respect; if honor, then honor. (Romans 13: 6 – 7)

God blesses those who obey him; happy the man who puts his trust in the Lord. Proverbs 16:20

Something to Think About

Please do NOT walk away from this article believing that I’m espousing that Christians should roll over and die or be passive in the area of public debate.

On the contrary, we should participate with fervor and vigor!  We should NOT shrink back from influencing our generation on any social media platform.

And it’s not that our opinions won’t bring offense – even the Gospel is an offense to those who are perishing.

Rather, we should be respectful and mindful so that we don’t loose our Christian witness or bring shame to our Lord in the process.

And so I ask you, when you post on social media, can people sense grace in your comments?

Before blasting your thoughts into cyberspace, consider the following . . .

1. Are you losing your witness to a lost and dying world to express your views?

3. Would they be open to your testimony about the sanctifying work of Jesus Christ in your life?

I know I’ve referenced (and seemingly defended) the President quite a bit, but he happens to be a subject of much discourse on social media so, I believe him to be a fitting example.

However, you can take this principle and apply it to any hot topic; that’s because our witness as Christians is not ultimately about politics, sports, race relations, etc.  It’s about the Cross – the cross of Jesus Christ.

“Do not let any unwholesome talk [text, tweet or post] come out of your mouths, but only what is helpful for building others up according to their needs, that it may benefit those who listen.” (Ephesians 4:29)  [Insert in brackets is mine.]

How about you? Do you think all’s fair in love and war when posting as a Christian on social media? What has your experience been like? Post a comment below to share. I’d love to hear from you!

« Hope for Hurting Parents in the Midst of a Storm
The Theory of Everything: A wife who lost her look of love. »