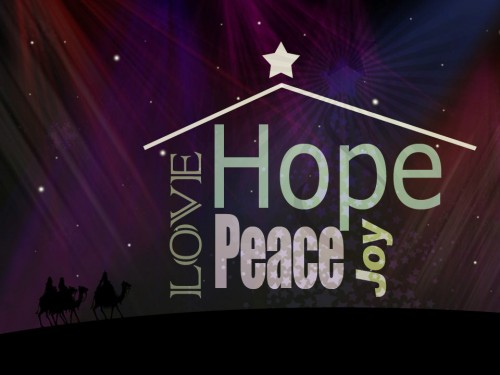 I was introduced to the world of Advent about three years ago through Ann Voskamps’ blog.  Up until that time I had no idea of what Advent was.  Sometime around the end of Thanksgiving, Ann would begin talking about Advent concepts like the Jesse Tree, special scripture readings for each day of December, a wreath with candles to be light daily and bigger candles to be lit on Sundays. I was so fascinated by all of this new Christian “stuff,” even though I hardly understood it!

As I continued to follow Ann’s blog every year, I learned a bit more and more about Advent.  Then I began to notice that other Christian bloggers were discussing Advent, too.  I had quite a learning curve to round since none of the churches I’ve ever attended mentioned Advent at all.  And can you believe that after three years I’ve finally discovered what a Jesse Tree is?  (More on that later.) 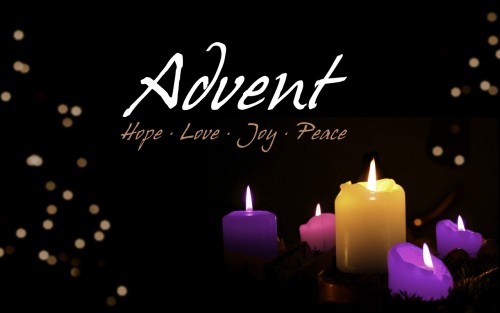 The word advent itself means “arrival” or “coming.”  The Advent celebration is both a commemoration of Jesus’s birth and an anticipation of His return.  It’s seen as a time to prepare one’s heart for Christmas and for the eventual return of Christ.

Why I love Advent?

I’ve discovered that observing Advent, even in small ways (like I do), is a great way to keep Christ in Christmas!

Christmas has become so commercialized and Santa Claus has given baby Jesus some stiff competition!  While reindeer and snowmen abound, the nativity scene is almost becoming a rare sighting. 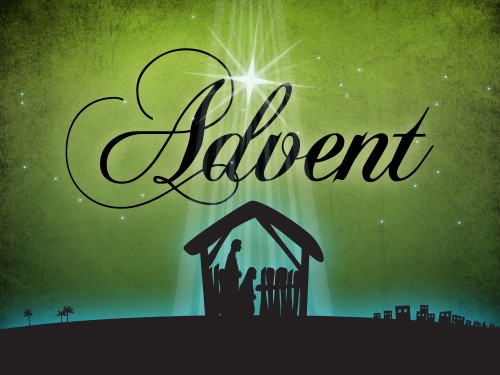 Now don’t get me wrong, I love me some snowmen, and I love creating happy, childlike, winter wonderland displays to celebrate the season.  I DON’T WANT TO BE HATIN’ ON SANTA!  But anything that brings me closer to the true meaning of Christmas AND involves daily Scripture reading is a win, win for me (and my family)!

The scripture readings are short!  Much shorter than anything my family would usually read for our family devotions. And most passages usually have suggested songs, hymns, and Christmas Carrols to sing.  No guess work!  And it forces my family to sing (or croak – depending on the family member) which we don’t do enough of – the singing, that is.  I love that!  (I’m so sneaky.)  There’s nothing like signing Silent Night or Hark the Herald Angels Sing to get me in the Christmas spirit.

What we are reading for Advent

A friend of mine who had several books on Advent helped me along and loaned me The Jesse Tree by Geraldine McCaughrean. 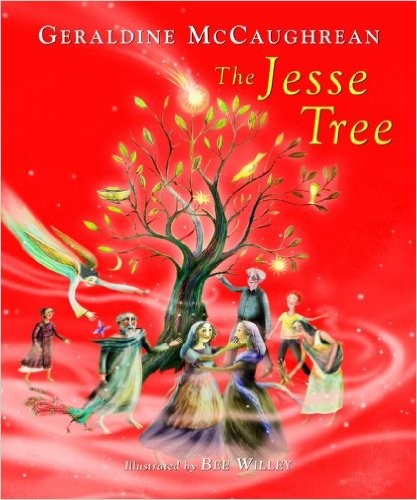 I love this book!  It’s different from traditional advent readings in that each ornament on the Jesse Tree is turned into a story, which makes it perfect reading for family time or bedtime.  It’s through this book that I’ve finally come to realize what a Jesse Tree is and the semblance of each ornament which hangs or sits on its branches!

“A shoot will come up from the stump of Jesse; from his roots a Branch will bear fruit,” said the prophet Isaiah in the Bible (Isaiah 11:1), foretelling the birth of Jesus. It’s this verse that gave rise to the tradition of Jesse trees in churches.

It’s not too late to begin!

Even if today is your first time hearing of Advent, it’s not too late to simply jump in and begin reading.  Here’s a link to The Dawning of Indestructible Joy: Daily Readings for Advent by John Piper.  This is more of an Advent devotional than a list of scripture readings, which can be enjoyed as a family or during your own quiet time.  (Warning: this is a FREE 98 page PDF!  But oh, so good.)

Here’s a link to a daily Advent reading plan by HelloMornings.org.  Just scroll down and click “download the plan.”

I tend to get pretty excited about Advent because it helps me to be more Christ centered during Christmas, but there’s a lot I still don’t know about its observance.  And one thing is for certain, I’m not legalistic about keeping up with the readings or following all of its tenants, whatever they may be.  We don’t need to take on more weights and burdens as Christians!

Observing Advent is a matter of personal conviction

As the Bible says: “One person considers one day more sacred than another; another considers every day alike.  Each of them should be fully convinced in their own mind. Whoever regards one day as special does so to the Lord.” (Romans 14:5–6)

Commemorating the birth of Christ and looking forward to His coming should be an everyday part of our lives as believers in Christ.  Christians are not required to observe Advent.  Nor does observing Advent make us better Christians or more connected to God.  But if celebrating Advent (even in small, yet meaningful ways) helps to remind us of what the Christmas season is truly all about, then it can be a beautiful thing!

Delight yourself in the Lord this Christmas season!

If you’re encouraged by what you read here, subscribe to Welcome Home Ministry and never miss a post!

« It’s the Most Wonderful Time of the Year!
When Unforgiveness Hijacks Your Heart and Holds it Hostage »