The truth can be a scary thing.

Child: Do you love Daddy?

Mom: {Afterthought} Oh…is that how this game works – I have to tell a truth or take a dare?

When you’re just a kid and you haven’t lived much of life yet (like my eight year old daughter who “truth or dared” me), you don’t mind playing those games – the kind of games where you have to bare-it-all and expose your soul, because there’s probably not much that you’ve done wrong up until that point.  You’re young and relatively innocent.  Life is pretty good!  Truth and dares don’t matter much.

But when we’re adults – things begin to change, and Truth or Dare gets kind of scary.  We’ve lived a good chunk of life by now, and chances are that we have possibly made some whopping blunders – MEGA BLUNDERS!  Things that we would prefer to forget because they are terribly painful; even unconscionable.  No, we never want to talk about it again.  Truth or Dare?  No way!

As our kids get older, we’ll have a good number of Truth and Dare moments.

They’ll come in all kinds of shapes and sizes; packaged in moments that you’d never expect and will occur virtually a life time after such unmentionable “truths” were committed.  They are those questions you thought they’d never ask, or at least the ones you always hoped they wouldn’t.

I was at home, leisurely passing the time and having a lighthearted, casual conversation with my daughter, when we happened to discuss a marriage that had recently taken place.  For some reason, it came up that prior to the wedding the woman had not been married, though she already had three children.  My daughter looked at me and in shock and disbelief said, “Who has three children before they are even married?”

In that moment, I stopped in my tracks.  My heart sank in my chest.  I was numb and everything around me went silent.  In my mind I said, “Your mother, that’s who.”  And I thought to myself: “If she thinks three children and no husband is bad, what about three children by three different men?

She was indirectly talking about her own mother – for my past was no different, and she didn’t even know it.  And I didn’t bother to tell her.

There are some truths we never want to disclose: some things that we never speak of. 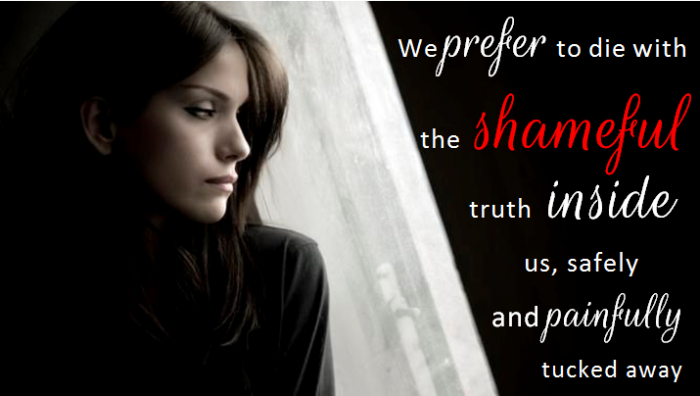 And after a while we may, ourselves, manage to forget about it; until one day we are reminded of who we really are.

I’ve been out in polite society and I know what kind of stigma is attached to a “three before three” woman, and I’ve never wanted anyone to know that I fit that profile.  I don’t want to be statistic.  I want to be seen as a respectable woman, but the truth of the past had caught up with me – AND IT REALLY HURT.  And I feel like I’m that Woman at the Well.

You know her:  The Samaritan woman we read about in the Gospel of John; the one who didn’t even consider herself worthy enough to have a conversation with Jesus.  The one who was living with a man who wasn’t her husband; who previously had FIVE husbands!  I feel like her.

And she’s not very different from Rehab the prostitute in the Old Testament or the woman who was caught in the act of adultery in the New Testament, who was consequently brought to Jesus to be stoned.  The one who was man-handled and paraded in front of an assembly of people where she stood raw with emotion – with her shame laid bare.

To every woman who’s been at the well – my sisters in hidden shame – God is not finished writing our story. 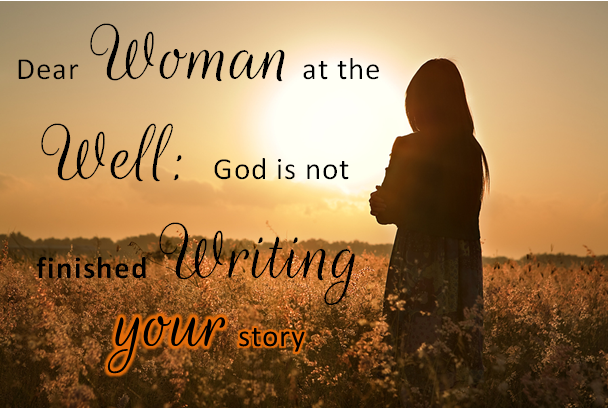 Here’s the full truth about these three women that should give us hope:

1) Rehab the prostitute was honored by God for her righteous act of helping two Israelite spies to escape.  She later married Salmon and became the mother of Boaz, who married Ruth from whose son, Obed, Jesse the father of David came.  Christ came through the line of David!

2) Jesus didn’t condemn or talk down to the woman at the well.  He loving exposed the sin in her life and she went away in awe . . . a changed woman; and many believed on the Lord because of her.  (John 4:1-42)

3) The woman caught in the act of adultery wasn’t stoned to death.  Jesus did not condemn her, but instead, He lovingly used her situation to expose the sin in her accusers’ hearts: “Let any one of you who is without sin be the first to throw a stone at her.”  (John 8:1-11) 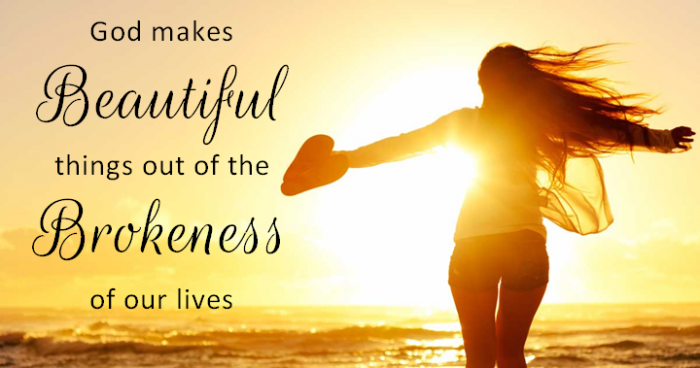 My Dear Sister, if you’ve been that Woman at the Well in the past, I know you are hurting, but please know this: God is an expert at making beautiful things out of the brokenness of our lives.  He gives us a crown of beauty instead of ashes, the oil of joy instead of mourning, and a garment of praise instead of a spirit of despair.  (Isaiah 61:1-3)  What an amazing trade off!

If you are at the well right now, or if you have strayed, please know that no matter what you’ve done, God loves you with a crazy love and He is actively pursuing you.  You are that one sheep He seeks after longingly, while He leaves the other 99 sheep behind, because you’re worth it and He loves radically.  (Matthew 18:10-14)

“I have strayed like a lost sheep. Seek your servant, for I have not forgotten your commands.”  (Psalm 119:176)

Jesus is our Great Physician.  He didn’t come for the healthy, but for the sick; and we are all sick.  And in one way or another – we are all that Woman at the Well.

« 4 Amazingly Effective Ways to Manage Pain in Marriage
The Best Weekend Entertainment Guide {4/1/16} Awesome links to get you ready for your weekend! »