Discover how Jesus can make your home glorious with my FREE 20 Day Devotional! Yes please! 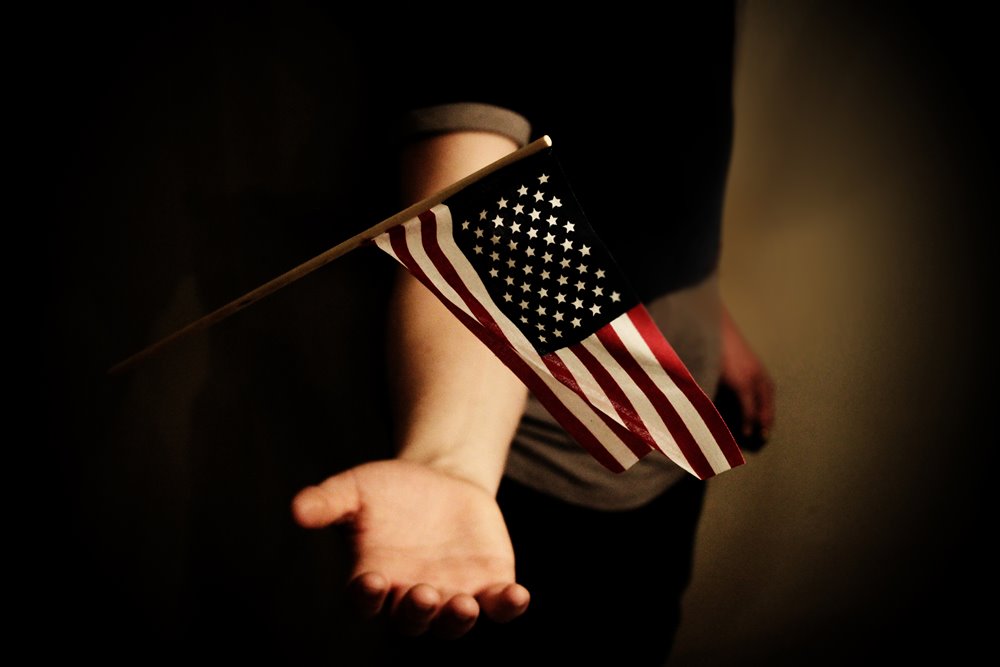 I still remember the evening – it was about 9pm on May 29th when I turned on the TV and witnessed protesters in a violent standoff with police officers at the CNN Center in Atlanta.

The protesters were attacking the police with bottles, bb guns, bottles and anything they could manage to get their hands on, while the police officers, standing arm to arm and wearing tactical gear with shields, tried to hold them off and stand their ground.

This was four days after George Floyd’s death.

My husband had mentioned to me a couple of days earlier that protests were erupting across the nation due to Mr. Floyd’s death, but I had not watched the news in days. So, when I turned on the TV and witnessed the police-protester standoff, I literally could not believe my eyes!

Never in my life had I witnessed people flagrantly disrespecting and assaulting police officers. I diverted my eyes from the TV several times as my heart raced in disbelief . . . and fear. It was one of the most ungodly and lawless displays of behavior I had ever witnessed.

I immediately took to Facebook to request prayer from my brothers and sisters in Christ.

I fell on my knees and began to pray and intercede for the safety of the police officers and for a spirit of peace to fall on the city of Atlanta. I prayed that God would bind the spirit of violence and murder that was inciting the protesters because I know that our struggle is not against flesh and blood.

The protests that ensued after the death of George Floyd were a far cry different from the peaceful protests of the civil rights movement (under the leadership of Dr. Martin Luther King, Jr.).

Somehow, what started out as a national cry for social justice and an attempt to raise the consciousness of our nation, morphed into night after night of rioting, civil unrest, and widespread assaults on our nations law enforcement.

While watching these unfortunate events unfold, it occurred to me that I was watching an entire generation of people whose hearts had not been conditioned by the Word of God. 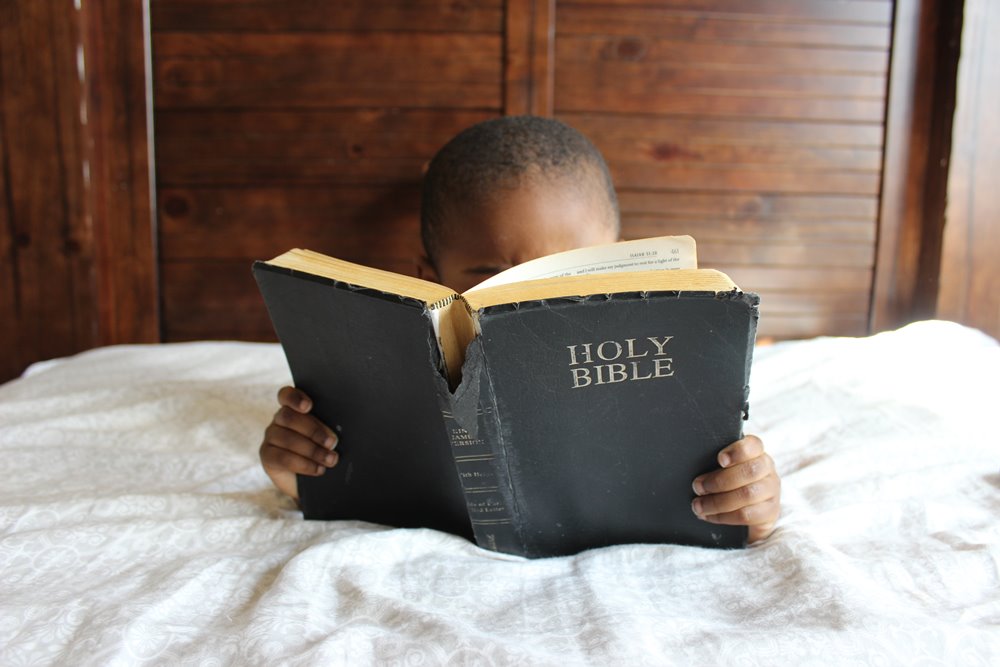 Do not conform to the pattern of this world, but be transformed by the renewing of your mind. Then you will be able to test and approve what God’s will is–his good, pleasing and perfect will. Romans 12:2 NIV

How can a young man keep his way pure? By guarding it according to your word. Psalm 119:9 ESV

Just a few days ago, we lost a true civil rights icon when Representative John L. Lewis died at the age of 80. He was a fierce advocate for racial equality, yet resolutely non-violent in his approach.

In 2015, when speaking on the very bridge in Selma, Alabama where his skull was fractured during a protest 50 years earlier, Representative Lewis remarked,

“We were beaten, tear gassed, some of us were left bloodied…, but we never, never became bitter or hostile. We kept believing that the truth we stood for would have the final say.” 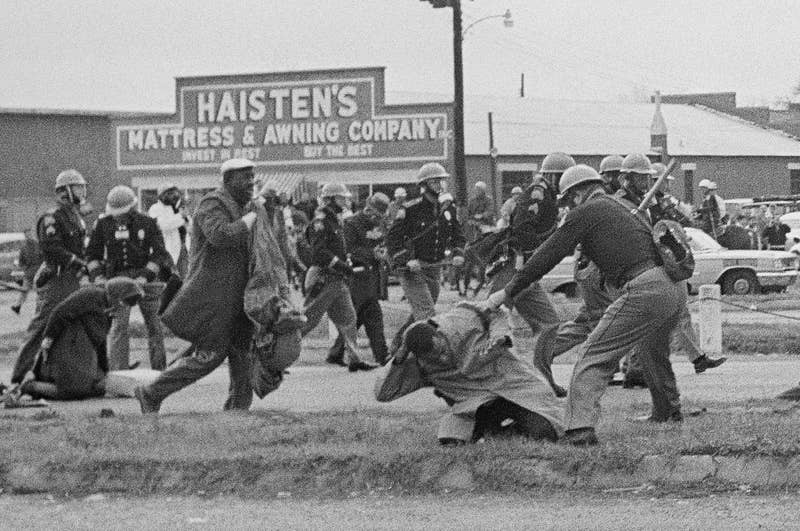 March 7, 1965: A state trooper swings a billy club at Lewis (right foreground), the chairman of the Student Nonviolent Coordinating Committee at the time, to break up a march in Selma, Alabama. Lewis sustained a fractured skull.

I believe Representative Lewis could say that because he was guided by his faith so, when he protested, he knew he was not only appealing to the conscience of the nation, but he was appealing to God as well . . . and that changes everything.

“The civil rights movement was based on faith. Many of us who were participants in this movement saw our involvement as an extension of our faith. We saw ourselves doing the work of the Almighty. Segregation and racial discrimination were not in keeping with our faith, so we had to do something.” ~ Rep. John L. Lewis 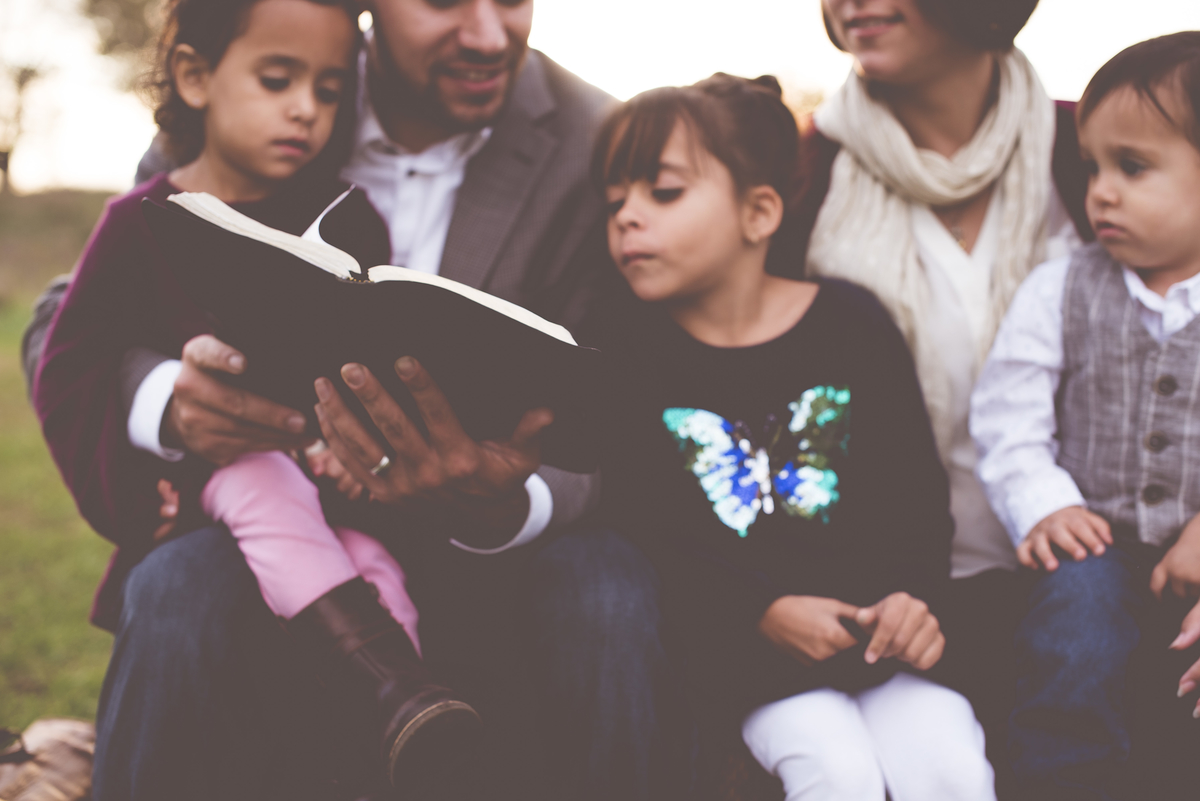 I am praying for my city – which is still hemorrhaging from civil unrest – and for my country in this time of chaos and confusion.

I pray because I am certain that the only hope for our nation is through the hearts of its people, and the way to any “people” is through their home.

As the family goes, so goes the nation and so goes the whole world in which we live. ~ Pope John Paul II

While I am not certain of what will become of this generation’s response to social injustice, I am confident that as fathers and mothers we can seize the present moment to influence the hearts and minds of those who are coming-up behind them, in hopes of experiencing better outcomes as a nation in policing, as well as in times of crisis.

With Jesus, Your Home is More Than Enough

When Weakness and Brokenness Leads to Wholeness in Christ

This site uses Akismet to reduce spam. Learn how your comment data is processed.

This is hilarious! The one square I would have cha