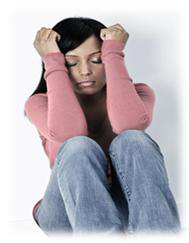 Married at 24 with a six-year-old (Hi Ashley!) and nine months pregnant, I was wholly unprepared to ride the tumultuous waves of family life.

One week after I said “I Do,” I gave birth to a bouncing baby boy (Hello Jonathan!)…two months later I was pregnant – again –YIKES!  So, before I blinked, I was balancing a six-month-old on my hip and was four months pregnant (Howdy Josiah).  By the time my husband and I “celebrated?” our first wedding anniversary, we already had three children – two of which were under age one (SOS…throw me a life preserver – I’m going down!)  By this point, most people would have discovered the “value” of contraception, but obviously, I didn’t, since little over a year later, I conceived, again (hello, my little Angel).

Obviously, I’m not a poster child for birth control, but I did learn some things along the way: I quickly discovered I had a self-made recipe for disaster.  Rapid baby multiplication, marginal finances, and poor relationship skills were a recipe for disaster.  None of these “ingredients” would help me to garner the much coveted Wife or Mother of the Year Award I so desperately desired.

Many of my friends wondered about my newly adopted career choice: birthing babies.  None, however, were crude enough to question me to my face; that was my mother’s job, and she did it well, and often!   To further complicate matters, I struggled with poor self esteem; in part, due to the shame of bearing so many children, so quickly, with seemingly nothing to offer them.  I had always wanted a large family, but having kids this soon, this close together, without enough money to properly raise them was absolutely unthinkable and inconsistent with my mainstream conservative upbringing.  “You’d think she would have known better” was the prevailing vibe I frequently picked-up from others on my “shame” radar.

Because of my skewed and unbiblical perspective on procreation and what it really takes to have a successful and Godly home, it appeared the “damage” I’d done to myself was irreversible.

Eventually, the waves of rapid multiplication, and a growing sense of despair began to beat against our family – dashing my hopes and dreams, as an undercurrent of financial strain, a lack of vision and poor relationship skills drew us further and further away from the shores of a attaining a healthy family.

NO ONE told me it was going to be like this!

Daily, I struggled to preserve my sanity, barely coping with the routine of managing laundry, meals, sibling rivalry, etc.  If I had to change another diaper, cook another meal or wash another load of laundry, I was going to kill someone…possibly myself.

I knew something had gone terribly wrong when I began to daydream endlessly about what life would be like without the kids, yet they were barely out of diapers!

My life felt so different from the other couples we knew.  For starters, they honeymooned, took vacations, owned cars, ate at restaurants, had expendable income and probably got a full nights rest more often than not.

My husband and I – we quarreled endlessly, usually about how to discipline the kids, or about our elusive finances; it seemed as though we were never on the same page.

The proverbial grass was definitely greener on the other side of the fence.  I often wondered “Why?” and concluded that other peoples grass would be hues of yellow and brown, too, if they were in my shoes. If only I had more money, could occasionally get a baby sitter who’d watch all four kids at once, could buy a home and a vehicle, and had a spouse who’d adopt my philosophy on parenting, finances and discipline – then YES! – my grass would be a prize winning, blue ribbon green, too.  Right?   Wrong!

In my heart of hearts, I knew that having a better family was dependent upon one thing only: yielding to the Holy Spirit…UGGH!! Of course, this meant I could no longer scream at the top of my lungs when my husband and I argued.  Throwing dishes, VCRs, or other household items in anger would have to cease as well, as would name calling and other negative remarks made at the kids in my anger.  In a nutshell, I’d have to cease all “fits of rage” denying myself the right to indulge my sinful nature (Galatians 5:16-20).

As Jesus stated: “if anyone would come after me, he must deny himself and take up his cross daily and follow me” (Luke 9:23)

I WOULD begin to bite my tongue, submit to my husband (help me, Holy Spirit!) and pray that God would change m…m….m…ME – first! I made a deliberate, conscious effort to have a successful marriage and family life.  The alternative, after all–separation and divorce–was unacceptable.

Through great moments of despair, fighting, verbal abuse and talks of separation, the scriptures constantly mirrored to me what a spiritually healthy family could and should be.  And as I began to submit myself to the principles in God’s word, they began to wash over my life, transforming me and breathing life into the brokenness of my heart and my family’s existence.

Well, years later, after many tears and prayers, joys and trials, I’m happy to say that my grass is finally green(er)!  God has given me a new recipe, one which yields the fruit of a life “in step with the Spirit” (Galatians 5:25).  Yes, my husband and I occasionally argue.  Yes, I still say things I shouldn’t to the kids, but it’s NOTHING like it used to be.  I see the fruit of yielding to the Spirit: loving relationships and peace in my home – and it feels GREAT!

God is continually proving to me that His way is worth the effort it takes to walk in it.  And He doesn’t ask us to walk on our own; He has left us “The Comforter,” the promised Holy Spirit who leads us, empowers us and partners with us to create divine beauty in our lives: relationships that endure, are filled with His grace, and cultivate life-giving, peaceful homes.