Gwyneth was having a good season . . .

I remember watching Gwyneth Paltrow talk motherhood with Oprah on her show many moons ago (back in 2004). 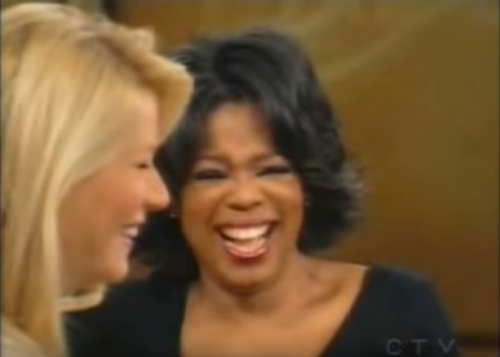 In her interview, Gwyneth was gushing over being a mom.  She was so beside herself that she named her daughter Apple (remember that whole controversy?)  She was radiant.  She was giddy.  She was OVER-THE-MOON ecstatic about the whole experience of being a mom. Here’s a quote of what she said…

I sat there watching her, almost in disbelief.  Is she serious?  That sentiment certainly didn’t represent how I felt as a mom. My “dimension in emotion” was at the other end of the “crazy” spectrum, more along the lines of: SOS!  Throw me a life preserver . . . I’m going under!

I remember the interview like it was just yesterday – how it mocked me as a mom.  I felt terrible.  I was deflated.  “Why does she feel this way?“ I wondered.  “Is she for real?”  And more importantly . . . WHAT’S WRONG WITH ME?!

I mean, this motherhood gig was hard!

Yeah, I loved my kids, but still, I didn’t know it would be this way . . . this was as in: I didn’t know that the domestic labor would be endless; that I’d never stop cooking (the same meal over and over! How did my poor family survive it?); that I had to emotionally feed my kids – almost endlessly; that I would be “on” 24-7-365.  (Motherhood doesn’t have an off switch – or even a pause button!)  And maybe the worst of all – that I’d almost never get another moment to myself because, you know, the whole baby sitting thing!  “Yeah, Tiff, I’ll baby sit one –  maybe two kids – but get someone else for the others.  Seriously, you have a tribe, woman!”

Mind you, at the time of this deliriously happy interview I had a 17-year-old and a 10, 9, and 8-year-old underfoot, and I was 9 months pregnant.  The struggle was real!

Thankfully, things didn’t stay that way, CHIEFLY because Christ gave me a true, Biblical appreciation for my kids. (You can read all about that here.)  But I sure did get the wind knocked out of me for quite a few years there!  I was going under.  I battled depression. Yes, I hid under my bed . . . wait, forget I said that!

But I’m here to tell you that motherhood has it’s seasons – each one is different from the next.  They are not predictable, but God knows the outcomes.

Even Forest Gump’s mother knew this . . .

“Mama always said life was like a box of chocolates. You never know what you’re gonna get.” 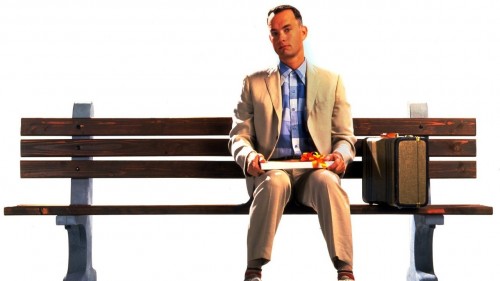 My first season of motherhood . . .

was marked by shame and disgrace.  I was 16 years old and pregnant.  My parents continued to nurture me along with my little Ashley, and she grew up as my daughter/sister.  The best thing that came out of this ordeal was that I ended up recommitting my life to Jesus Christ.

The season that followed . . .

was marked by rapid baby multiplication and feeling completely overwhelmed as a mom. Jonathan was born with Josiah right on his heels; and Angel followed shortly after that (my three “Steps”).  During this season of motherhood, I spent most of my time curled up in a fetal position – hiding out or trying to cope; continually wishing that things were different and fantasizing about my kids growing up and moving out.  I couldn’t wait for it to be over.

Somewhere in between the time my “Steps” were tots and teens, the Scriptures begin to challenge me and reorient my thinking about the ministry of motherhood.  It’s still hard to breathe and catch my breath as a mom – dealing with 3 teens and now two little’s, but I struggle to do better.  I understand that there’s more to be had, family wise.  With each passing day – mixed in between all of the heartache and carpooling and discipline problems – my appreciation for my children grows.  I’m beginning to exhale.  I’ve launched one child.  I have perspective.  I really know it won’t last forever.  I begin to enjoy motherhood and dread my kids leaving home.

Today, I only have two under 18 (but 4 at home), and I think it’s a new parenting dispensation: the peace in our home; the love these two give me . . . something is very different. Sometimes I feel like a grandparent – the way they gush all over their grandchild.  (Is it normal for parents to feel this way?)  I am giddy.  I have stars in my eyes when I look at them and butterflies in my tummy.  I ask myself, “What have I done to deserve this?”  Now I know how Gwyneth felt.

This is amazing!  This season of motherhood.  It’s still hard and unpredictable – but amazing!  I know it’s a gift from God and not to be taken for granted.  I’m enjoying and savoring every moment.

(Interestingly – I’m entering into a new season with the older kids (18 & up): traversing the waters of parenting young adults as they navigate their faith, dating and courtship, and career and marriage.  Totally uncharted waters!  I’ll have to post about that another time.)

I shared this article at these amazing link-ups.  Please stop by and say, “Hello.

« Love is in the Air
When My Kids Remember Me »